It has been said “a good dog is worth two workmen.”

In 1927 the Victorian Working Sheep Dog Association was formed by those who saw the need to foster the working and breeding of better sheep dogs – to improve their quality. The working sheep dog is a most important part of our primary industry.

As a result there sprang up in many places around Victoria, Sheep Dog Trials. In 1930 there were 14 members in the Association and a few Trials, but over the years great interest has been shown and today there are close to 200 members and approximately 30 trials held annually in this state.

Read more about the VWSDA trials and history

Owners of dogs competing in any Trial must be financial members of the Working Sheep Dog Association in the State in which they reside.  All dogs must be registered with the exception of dogs entered in Encourage and Farmers Classes. Most dogs are from a registered stud and have a prefix preceding their given name and a pedigree. Dogs may also be registered on ‘merit’.  Strict control and records are kept.

The Association run some of the major trials in this State including:-

The James M. McIntosh Utility (Station Dog) Trial began in 1975, in which a drafting complex is incorporated to simulate normal farm working conditions.

The Captain Payne (Field Trial) has been competed for since 1931.

Field Trials are conducted in an open paddock situation and have a very long cast for the dog to pick up sheep. Some variations in obstacles are used.

These Field Trials and Utility/Station Dog Trials are a good test for a working sheep dog and have done much to improve the quality and type of dog for general farm use in Victoria. There are many Icons/Legends of both workers and dogs that are well worth recalling.

Workers and their dogs from this state have very successfully competed in Interstate competition, some representing Australia in Trans-Tasman Trials.

The Association and Societies/Clubs have been fortunate over the years to have various sponsorships. This support has assured many successful Trials and is gratefully accepted.

The VWSDA Inc. has a solid beginning from many of its foundation members and continues with a hopeful and bright future.

The purposes of the Association are: 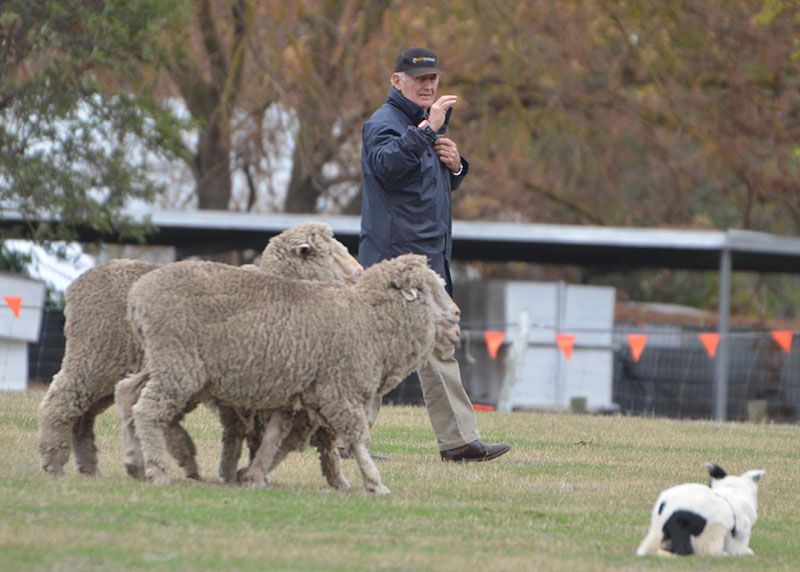 Please support us by supporting our sponsors